Founder and CEO
Mark Judson is founder and CEO of EIM Sensor. Mr. Judson brings 20 years of experience in the development of cutting-edge applications in satellite technology, sustainability planning, and geospatial mapping. Prior to founding EIM in 2006, Mr. Judson held key positions in high profile projects at ORBIMAGE, Nextel Communications, and Hogan & Hartson. Mr. Judson additionally completed a three-year stint for the Department of Defense, providing technical consulting to military health care at the Tricare Europe office in Germany for EDS. Mr. Judson holds a B.A in International Studies from George Mason University. He is fluent in Japanese.

Chief Operating Officer
David Gray is a seasoned technology professional, with more than 25 years developing and implementing technical services for businesses and governments, including some of the upper echelons of our country’s national intelligence apparatus. Mr. Gray has extensive experience in areas of telecommunications, cloud computing, virtualization, systems engineering, and multiple applications of geospatial-intelligence (GEOINT) and geographic information systems (GIS) technologies. He is an expert in in the collection, storage, and utilization of spatially referenced data.

Mr. Gray has M.S in in Management Information Systems and B.A. in Business Management from the University of Maryland. He also completed certification in Electrical Engineering at George Washington University.

Strategic Operations
James Garrett joined EIM Sensor following two decades of leadership of SENTEL Corporation, which he had co-founded in 1987. He was SENTEL’s president and CEO from 1987 to 2006, where he grew the company to into a 375-strong workforce with annual revenues reaching $45 million. Mr. Garrett holds a Bachelor’s degree in Electrical Engineering from North Carolina A&T State University and an MBA from Southeastern University, and is the recipient of numerous awards, including the Ernst & Young Technology Entrepreneur of the Year (Washington, D.C. region).

Product Development
Mr. Barney is a founding member of EIM Sensor, with more than 20 years experience in technology development. He has worked on advanced sensor projects in fields ranging from aerospace to environmental science, and has served as lead architect for several successful commercial software applications. In recent years he has developed applications for managing web-enabled sensors, and architected innovative RFID solutions for asset tracking. Mr. Barney holds a BS in Aerospace and Ocean Engineering from Virginia Tech, and an MBA from the University of Maryland.

Business Operations
Mr. Lee is an expert in commercial satellite remote sensing and senor technology. His prior experience includes the commercial development of products and services for Honeywell, Orbital Science, and GeoEye. At EIM Sensor, he oversees operational management of our company’s products and market applications. He also manages our channel partner and regional distributor programs. He graduated from Pennsylvania State University with an MBA and a bachelor’s degree in Aerospace Engineering.

Business Development
Kurt Gustafson joined EIM Sensor after amassing 20 years of experience leading business initiatives and government programs, which focused on analysis and engineering of a variety of cutting edge technical systems. He has successfully run many large-scale, multidisciplinary contracts, such as senior management of federal information-technology programs for EDS. Mr. Gustafson has a BA in Computer Science from the University of Texas at Austin. 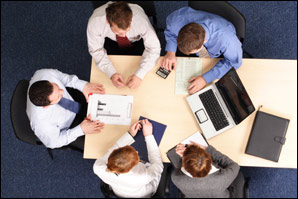